The 10-year-old from Mayurbhanj’s Baripada has entered the show as a participant in Generation 1. Omm through his performance has impressed the judges Madhuri Dixit Nene, choreographer Tushar Kalia and director Shashank Khaitan and many guests in the show.

He also earned praises from Bollywood stars Akshay Kumar, Sonakshi Sinha, and Vidya Balan during their appearance as guests in the show. Omm Subham was adjudged as the ‘Best Chamakta Performer’ among all contestants, last week.

His family members have urged the people of Odisha and viewers of the programme to vote in favour of Omm Subham Mohapatra to make him the winner of Dance Deewane 2.

Priyanka Chopra is gearing up for a guest spot on the reality show Dance Deewane’s upcoming finale with her The Sky is Pink co-star Farhan Akhtar. 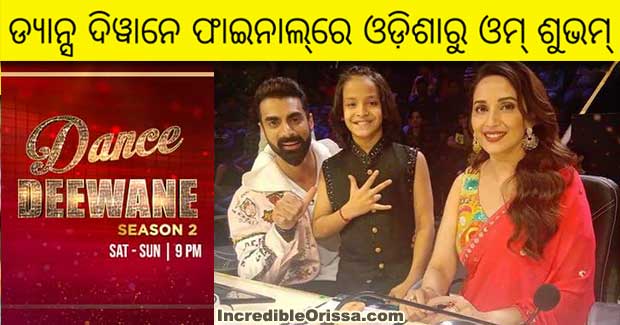