Odisha may witness 42,300 more deaths annually due to extreme heat by 2100, a new study has said. The spike in average summer temperature and the number of extremely hot days has an impact on mortality, the study revealed.

Climate change will have a deadly impact on Odisha before the turn of the next century if the present rate of carbon emission persists. The state is projected to witness 30 times more hot days and 42,000 more deaths annually, reveals the study.

The report by the Climate Impact Lab in collaboration with the Tata Centre for Development at the University of Chicago estimates that by 2100, around 42,300 more people could die in Odisha each year due to spike in temperature caused by carbon emission and climate change.

The report has projected that the number of extremely hot days in Odisha will increase from 1.62 days in 2010 to 48.05 days by 2,100 and the spike in temperature and hot days will have a clear impact on mortality. 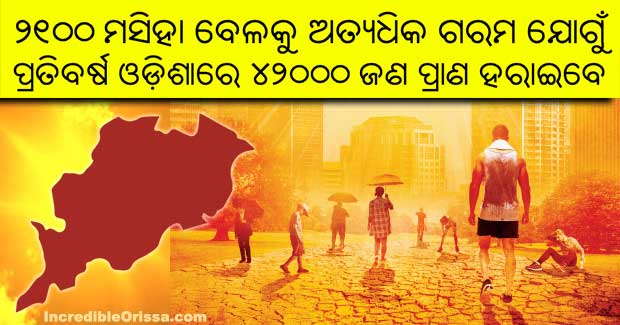