Doctor Yagnadatta Rath climbed a hill and crossed a river to reach a tribal woman, Sitadadu Raita, who went into labour while on the way to hospital on foot in Odisha’s Kandhamal district on March 25.

By the time Rath covered more than 1.5km on foot to reach Raita, 23, she had delivered a girl, but her placenta had not come out. She was a first-time mother and Rath did what was required for the safety of the Kutia Kondh tribal and her child.

Raita’s village, Balam, though only about 7km away from the health centre, is nearly inaccessible. A large part of the route can be covered only on foot through the hill and the meandering river, which has to be crossed seven times.

On Sunday, Raita started walking for the Tumudibandha health centre with her husband and family members, but could not carry on after a point. Her husband left her inside a forest with the relatives and raced to the house of Tumudibandha block development officer (BDO) for help.

When the BDO sounded out the health centre, Rath set out for the forest in an ambulance. The ambulance stopped after covering 4km. The rest of the way had to be covered on foot.

“When I reached the spot, the woman had delivered a girl, but her placenta had not come out. Normally, there is a lot of bleeding at this stage. Luckily, nothing of that sort had happened,” said Rath. “I asked the men to move away a little so that I could give her a little privacy. The baby weighed around 2.1 kg.”

Raita and her baby were taken to the ambulance and then to health centre, where they are under observation. “It was her first delivery and she was scared about her child’s well-being. Both are safe. They will be discharged on Friday,” said Rath.

ALSO READ: 4 from Odisha in the list of ‘100 Most Powerful Indians’ 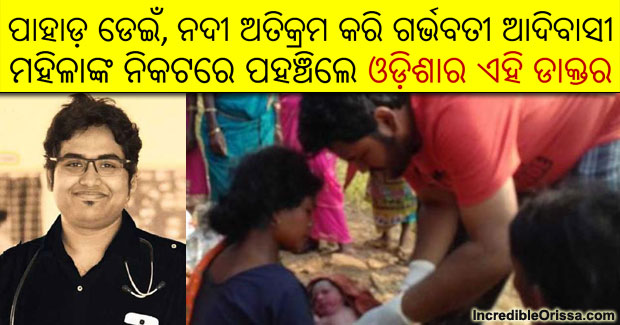