As per the latest announcement, doctors with super specialisation from Medical Council of India (MCI) will now get an incentive of Rs 30,000 per month.

“This will be over and above those like location-based incentives,” said an official adding that these benefits are not linked to any post and purely based on qualification.

Earlier this year, the Odisha government had decided to provide monthly financial incentives of Rs 18,000 to doctors doing their post graduation in pre and para clinical subjects.

He had also announced a hike in the stipend of pre and para-clinical students of the state-run medical colleges. Odisha Govt to set up Science Park in all district headquarters 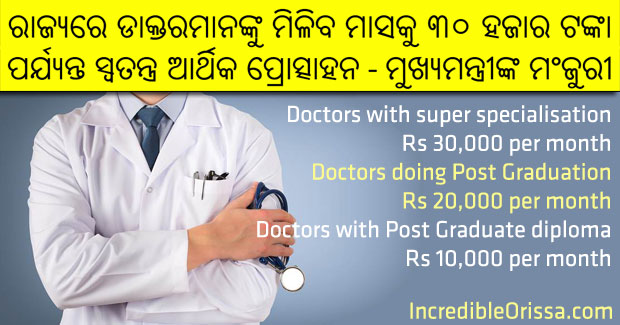