Amid heightened tension between India and Pakistan, the Sahid Nagar Puja Samiti, one of Bhubaneswar’s oldest, on Saturday announced a cut in its puja budget and donated Rs 50,000 to the Army Welfare Fund Battle Casualties.

The committee in its executive body meeting had planned to utilize a part of its collected money in a unique way besides puja expenditure. “Instead of spending it in melody nights or any other entertainment programmes, we thought donating the money to army will be a good idea,” said Sahid Nagar puja committee president Narayan Mohapatra.

Following this initiative taken by Sahid Nagar committee speculation is rife that other pujas too would be emulating this gesture.

“We will set up a special hundi at the puja mandap and appeal to the devotees to contribute for our jawans. We are also exploring possibility of further reducing our expenses and donate about Rs 50,000 more to the fund,” he added.

He said the committee appeals all the puja committees and people to donate something for the welfare of the jawans, who are fighting for our safety and security. “We have planned to put up a donate box in front of our puja pandal and appeal the devotees to contribute something,” he said, adding, “If anybody doesn’t want to donate in the box, they can send the money in the designated account of the welfare fund.”

He said the committee has verified the bank account number 90552010165915 and IFSC code SYNB0009055 with the Syndicate Bank and then sent the money to the account titled ‘Army Welfare Fund Battle Casualties’.

The committee has planned to cut cost of many programmes and save some money to donate it to the fund. “We don’t want to compete with other puja committees to show our strength. We want a simple and beautiful puja with unique gesture,” said the committee members.

“We have sent only Rs 50,000 to the fund. We are planning to give Rs 50,000 or more after holding a meeting with the executive body of the committee,” said Mohapatra. 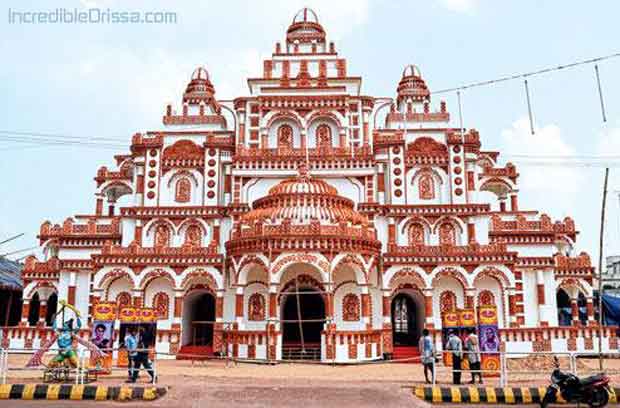