Earlier in the day, the CM spoke to the bereaved family members of martyred Prasanna Sahu of Shikhar village in Jagatsinghpur district and Manoj Behera of Ratanpur village in Cuttack district over telephone and conveyed his deep sympathy towards them.

The CM took to the Twitter to ess his deep grief over the death of two jawans. Praying for peace to the departed souls, the CM expressed condolences to the bereaved family members. 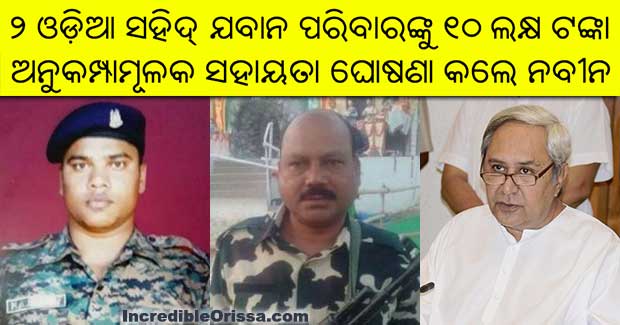