Make in Odisha ended on Friday with a proposal to set up a world-class Film City that will house a film institute in the state.

There was a meeting between top Bollywood filmmakers like Ketan Desai and Mushtaq Nadiadwala with Ashok Panda, Minister, Tourism and Culture, Odisha during the ‘Make in Odisha’ conclave on its concluding day.

The Odisha government is all set to allot 100 acres of land either in Bhubaneswar, Paradip or Chilika for this project with and an investment of Rs. 3,883 crores.

“We feel that we would like to come to this place. There is lot of scope here. First, we can build a film city here parallel to none because of the fabulous locations, the sea, virgin beaches, sands, jungles. The sculpture and art is parallel to none. We can also have a film institute so that students don’t have to travel to Mumbai,” according to Ketan M. Desai, Managing Director, MKD Entertainment Pvt Ltd and a well-known director of Bollywood.

The rich culture and heritage sites will be duly tapped, according to many other filmmakers. “It will not be too much of rocket science to shift base shooting sites. The preliminary crew can always come from Mumbai. The rest we can recruit from here. Most of our technical crew in Bollywood is from Odisha and they will be really happy if we tell them that we are shooting here,” said Mushtaq Nadiadwala, CEO, Studio 1.

“Odisha is very rich and the people here are very nice. There is a lot of natural beauty here which can be tapped with the help of the government because Odisha has so much to give not only to Bollywood but also to Hollywood ,” said Vijay Tiwari, President, Indo-European Chamber of Small and Medium Enterprises.

The filmmakers are all in high praises for this place. The Odisha Film City project is likely to be finalised very soon. 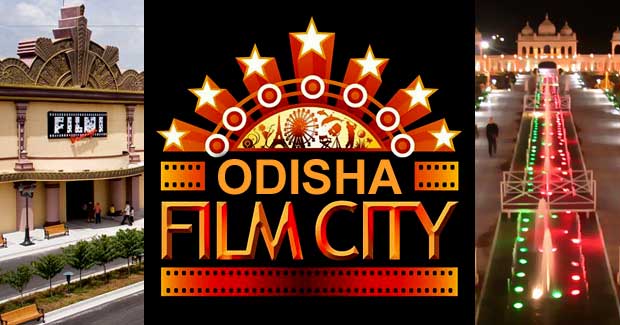