The Odisha government approved a proposal for setting up a river port on Mahanadi River at Akhadasali village under Mahakalpada block of Kendrapara district, officials said.

The riverine port will come up under the public-private-partnership mode on build, own, operate, share and transfer (BOOST) basis. Four major port developing agencies–Hindustan Ports Private Limited, Adani Ports and SEZ Limited, Essar Ports and Navayuga Engineering Company Limited would participate in the financial bidding process to develop the port.

In the first phase, two berths will be established for transportation of 18.43 million tons cargo per annum for which expenditure is estimated to be to the tune of Rs 2,110 crore. The requirement of land for the initial phase development of the port has been estimated at 175 hectare.

The proposed river port will be connected to National Highways-53 and Haridaspur-Paradip Railway Line for transportation of cargo.

On commissioning, the river port will provide about 4,300 direct and indirect employment opportunities in the first phase, and about 10,700 in the second phase. 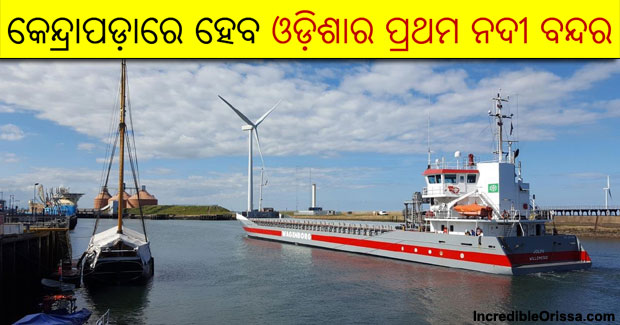