Students in Odisha are expected to attend schools and colleges on June 21 (Sunday) to observe the first World Yoga Day. Cultural organizations and yoga centres have also planned yoga sessions for the day.

The United Nations General Assembly has declared June 21 as International Yoga Day. It will be observed in 192 countries. In India, 650 districts are expected to participate which could get the country into the Guinness Book of Records.

The sessions would be held from 7 am to 7.35 am and in accordance with the Common Yoga Protocol developed by the Union Ministry of Ayush. While students, teachers and staff would be encouraged to take part in the programme, their participation would be voluntary.

The common protocol involves an extensive range of asanas, exercises, paranayam and relaxation techniques that comprise yoga in totality. A complete illustrative booklet and guide has been published and circulated by the Union Ministry.

While Prime Minister Narendra Modi leads millions across the country performing asanas in celebration of the first International Yoga Day on Sunday morning, Kushabhadra river near Ramchandi on the Puri-Konark marine drive will lay a special mat for a unique experience called SUP (stand up paddle) Yoga.

Surfing Yogis, the team that has put Ramchandi coastline on the international surfing map with its hugely successful annual India Surf Festival (ISF), on Friday announced to play its part in the celebrations by hosting a Yoga on Water session on the gentle expanse of the river.

Under the watchful eyes and guidance of its expert practitioners Kalean Sizemore from the US along with locals Bauribandhu Behera and Tuku Das, the surfers’ group has invited common people to join in and experience what they term a ‘unique communion of mind and body with nature’.

With support from yoga lovers and followers, different organisations have earmarked multiple venues for participants to perform the sequence of exercises as per the Common Yoga Protocol drawn up by the Ministry of Ayurveda, Yoga & Naturopathy, Unani, Siddha and Homeopathy (AYUSH).

Of course, nobody is willing to put a figure as the mega exercise is absolutely voluntary. But the excitement and enthusiasm is palpably high, echo those involved in motivating the people. 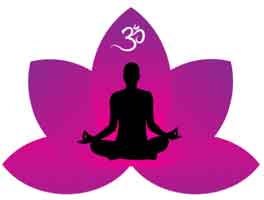 The protocol for the World Yoga Day will begin with a prayer in any meditative posture and end with yoga mudrasana. This will be followed by a 3-minute presentation consisting of neck, shoulder and knee movements. Kapalbhati and Pranayama session have been scheduled. Yogasana including standing postures, sitting postures, prone lying postures and supine lying postures, will follow. Music will be played in the background during the dhyana.