Five suspected terrorists, including a woman, with links to the banned Students’ Islamic Movement of India (SIMI) were arrested on Wednesday from a rented house in Odisha’s Rourkela city area.

According to sources, the five of them were staying at a rented flat Qureshi Mohalla. A joint team of Special Operations Group (SOG), Telengana Police, Rourkela Police and Intelligence Bureau launched a raid at the place and arrested the five.

The suspects were arrested after an exchange of fire that lasted three hours between 1 am and 4 am in a thickly populated locality of the steel city, police said. A search of the house yielded three pistols, five guns and 11 rounds of live bullets.

The four men, who had allegedly fled from Khandwa jail in 2013, were on the National Investigation Agency’s most wanted list and had a reward of Rs 10 lakh each on their heads. 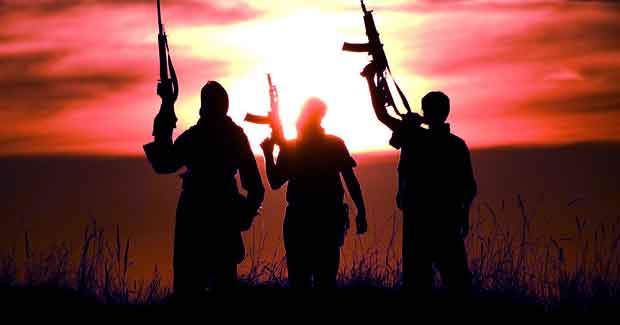 “They are a part of SIMI and were involved in terror activities in Madhya Pradesh, Andhra Pradesh, Tamil Nadu, Maharashtra and Uttar Pradesh. They were taking shelter in Rourkela using a false identity. They were staying in Rourkela since past 4-5 months to collect money through dacoity for their other operations. All the four hail from Madhya Pradesh and are also wanted by NIA, ” said Police DG K.B. Singh.

According to sources, the five were staying in Rourkela for the last six months, they have various hide outs around the country, and this was one of them.

The suspects have been taken to a secret location for interrogation. The house owner and his son also being questioned by the police.

Police is trying to elicit information about presence of any other SIMI terrorist in Odisha and their plans.