Since 1999, Odisha has been represented at the Indian Independence Day Parade in Fremont, California. Odisha float has won several awards mostly first prize for its vibrant colors, creativity & culture presentation.

A small group of individual are trying to represent Odisha at the international platform. They have represented the theme “200 years of Paika Rebellion” this year. People appreciated the subject.

Thousands of people from the Indian Diaspora, Bollywood and Hollywood celebrities were part of the spectacular annual Festival of India Parade in Fremont, California. Billed as the biggest Indian parade in West Coast to celebrate the Independence Day, the event kicked off with Mela and cultural performances.

“Our team of volunteers work day and night for a whole week, put money out of their own pockets, and create beautiful floats. However, now we need to raise funds to keep this project active,” said a volunteer of the group. 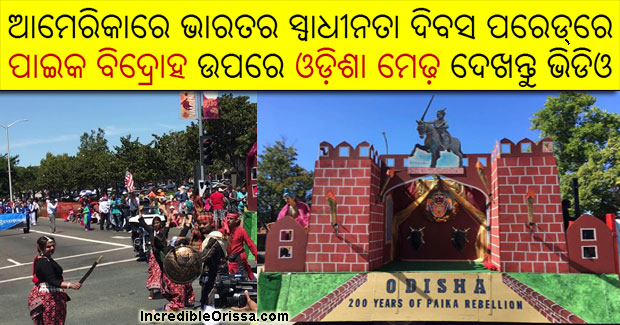