It was a moment of pride for the Odias in Bay Area when Odisha Float won the first prize at the India Day Parade 2018 in Fremont, California. This is the third time in a row that Odisha has won this award.

Every year the float team welcomes new talented members from the community. This year the Hockey concept was a precursor to the World Cup Hockey happening in November in Bhubaneswar, Odisha. It’s a matter of pride for the State of Odisha to host an international level game in its state.

It takes a team of high energy, positive attitude and well spirited individuals, ready to put in time and effort day and night through the week despite their very busy schedules and some with very little kids, to execute and make this annual community project a success.

Odias in Bay Area began participating in the parade since 1999. Initially, after winning first prizes for some years the team had stepped back to focus on other local events giving the parade a break. In 2014, some members of the original team got a new team in place and since then once again Odisha has been winning prizes. 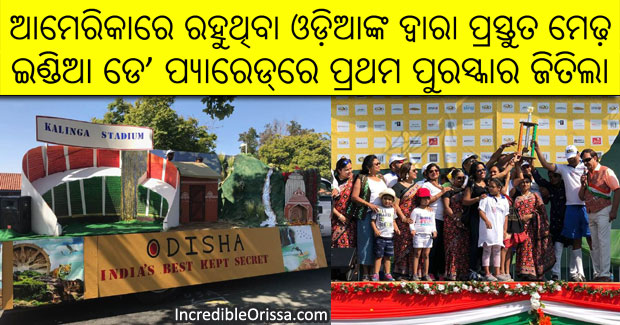