The Chief Minister flagged off the first pilgrimage train to Rameswaram and Madurai, carrying more than 1000 people from 10 southern Odisha districts on a nine-day tour to the religious sites in south India from the Berhampur railway station in Ganjam district.

Most of these senior citizens were from BPL families, who had never visited outside Odisha due to their poor economic condition. According to director of state tourism department, Nitin Jawale, all cost of this pilgrimage tour is being borne by the State government.

All necessary arrangements have been made for the safe journey of the elderly citizens, said State’s Tourism Minister Ashok Panda.

This year, two more special pilgrimage trains for poor senior citizens would start from Bhubaneswar and Sambalpur. They would be meant for beneficiaries from districts under central and western revenue divisions.

Senior citizens aged above 60 can travel to various pilgrim sites including Haridwar-Rishikesh, Allahabad-Varanasi, and Rameswaram-Madurai, said a statement from Chief Minister’s Office (CMO).

Except the income tax payee and retired government employees, all people irrespective of their religion after attaining 60 years are eligible to go on tours to holy places under the scheme. One person can avail the benefit once in their lifetime.

The state government would bear the entire tour expenditure of devotees including travel, accommodation, and medical expenses. The tours will be arranged through trains and buses.

The Odisha Tourism Development Corporation (OTDC) has signed a memorandum of understanding (MoU) with the Indian Railway Catering and Tourism Corporation (IRCTC) for smooth management of the tour plans. 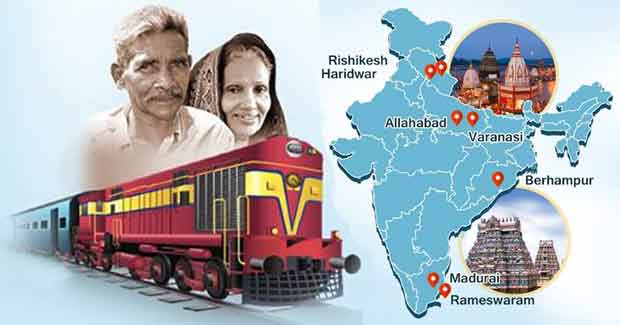