Odisha government is all set to apply for geographical indication (GI) tag for Odishara Rasagola and Kandhamal turmeric after neighbouring West Bengal was granted it for Banglar Rosogolla.

The Intellectual Property Facilitation Centre (IPFC) for MSMEs at the Central Tool Room and Training Centre (CTTC) has already started preliminary research and field work necessary for submitting the application with the GI Registry at Chennai.

The Kandhamal Apex Spices Association for Marketing (KASAM) had approached IPFC in this regard about three months back. After a proposal was submitted, it was officially assigned the job given its expertise in design, patent, trademarks and GI.

According to the head of IPFC Dr SK Kar, the preliminary stage work for geographic location has started because a major pre-requisite of the GI application is to establish a product’s historical origin. “We are hopeful of completing the entire exercise in December so that the application can be filed by second week of January,” he said.

The GI tag process will also require details of methods of production, identification of industrial users and other applications. Its microscopic and organoleptic characters have to be assessed too. Similarly, the medicinal properties of the turmeric has to be assessed which would be eventually reviewed by an assessment committee comprising experts.

Kar said, the uniqueness of turmeric would be analysed through a scientific process. “All these would go into the registration process to make the application viable so that when the GI examiner makes field visit, all the boxes are ticked,” he added. 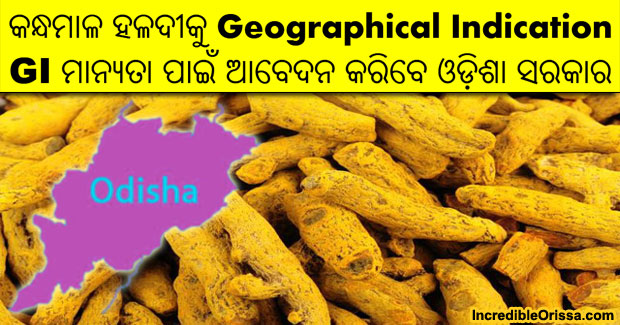