A young coach from the National Institute of Sports, Rambha Sahu, a resident of the remote Kumbhar Sahi in Dhenkanal district ran from pillar to posts, including the door of the chief minister for a coaching job in state sports department. However, top officials of sports department outright rejected her application for the job of a wrestling coach.

President of the Kerala Wrestling Association, who is also the general secretary of the Wrestling Federation of India, V.N.Prasood, said: “She has brought good luck with her. There are many coaches but she is the lucky one. Whenever she has accompanied a team be it Kerala or any other, she has brought medals. At present, she has been entrusted with the total responsibility to built up a strong wrestling team for Kerala to represent the state in the national level.”

Sahu, who represented Odisha, won many laurels during 2003 to 2011 as a wrestler. The daughter of a wage earner, completed her diploma in wrestling from Netaji Subhas National Institute of Sports, Patiala, after an internship of five months in 2012-13.

She wanted to serve the state as a coach to train young talented wrestlers and therefore applied for a job at the sports department with a hope to be appointed as junior coach in the wrestling discipline.

Rambha’s coach Sib Charan Bose, popularly known as Kanhu da, slammed the state government for not appointing the state talent in Odisha. “The Kerala government could unearth her talent but the state could not,” he said.

“This is the reason why the state is losing talented coaches and players. It is unfortunate that our players are playing for other states and playing against Odisha in reputed tournaments,” Bose said. (Source – The Telegraph) 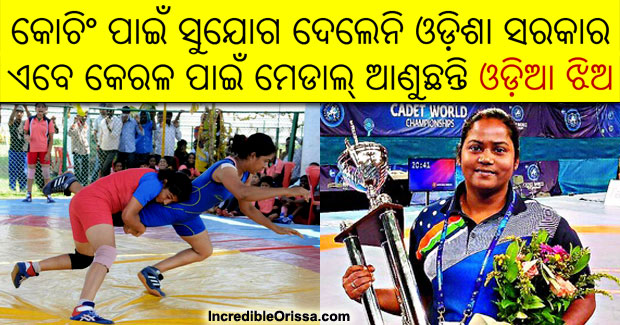