Odisha girl Manisha Khuntia has secured third position in the Indian Economic Service (IES) among the 15 successful candidates, results of which were declared today.

Manisha has made the state proud as she has cleared one of the toughest examinations conducted by Union Public Service Commission (UPSC).

Manisha studied at Mount Carmel Convent School and ISPAT English Medium School in Rourkela before leaving for New Delhi for higher studies. She graduated from Indraprastha College for Women under Delhi University.

Later, she pursued her higher studies at Centre for Economic Studies and Planning (CESP), under Jawaharlal Nehru University, a premier centre for research in Economics.

“She had worked really hard to crack the exam and now we all are happy with her success,” said Manisha’s father Bijay Kumar Khuntia, who is a Deputy General Manager (DGM) at RSP. 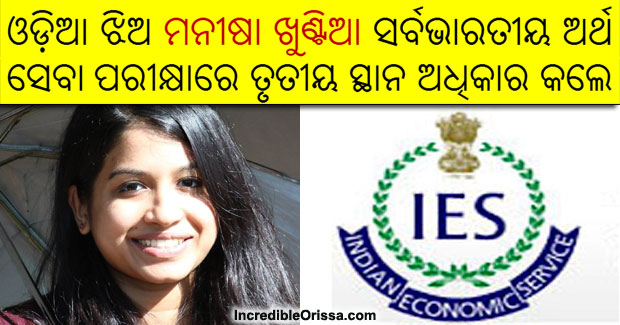