The Odisha girl shared stage with Bollywood superstar Akshay Kumar, who was the chief guest of the conclave. Geetanjali also had the opportunity to interact with actor and social activist Shabana Azmi.

An inspiring change-maker at 15, Geetanjali was nominated for the conclave by ST and SC Development department. She has set an example for many other girls like her by breaking the myths and misconceptions associated with menstruation.

Speaking at the conclave, Geetanjali said Life Skills Education classes in her school helped her understand that menstruation was normal for girls and how wrong believes and unhealthy practices affect self esteem and dignity of girls. She said provision of sanitary pads in schools along with the life skills education changed the way girls managed their menstruation. 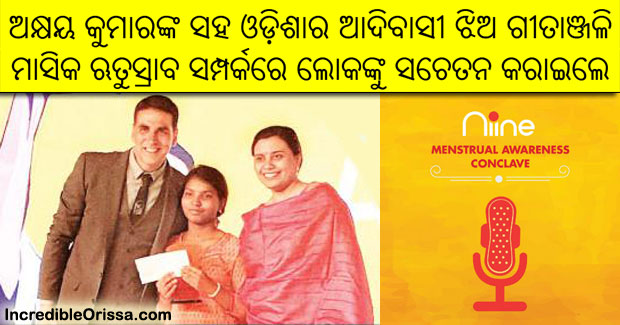