Odisha girl Priyanka Panda from Bhubaneswar received prestigious Dr APJ Abdul Kalam IGNITE award 2016 from the President on November 6, for an innovation that makes motorists aware of the ways in which they contribute to air pollution.

IGNITE is a national competition of original technological innovations. These awards are given to children younger than 17 years.

Priyanka, who is inspired by Late President APJ Kalam said, “Most of the time, while travelling, people do not care to turn off the car’s engine when at red light or short halts. This releases harmful pollutants in the air and wastes fuel. So, I thought of ways in which this could be prevented.”

Her basic idea is to add a display next to the odometer, where the monitor can send an alert that the driver is wasting the fuel and causing pollution.

The messages could be: “You have spoilt two years of a child’s life” or something like this to remind people about the damage they are causing to the world, Panda said.

The number of years may be calculated by estimating the amount of pollutants released during that interval of time.

Panda plans to suggest this idea to various vehicle manufacturers. She wants to become a doctor and considers former President A P J Abdul Kalam as her biggest inspiration.

Vehicular pollution is a major contributor to overall air pollution as witnessed in the national capital wrapped in a thick blanket of smog which caused respiratory problems and eye irritation. 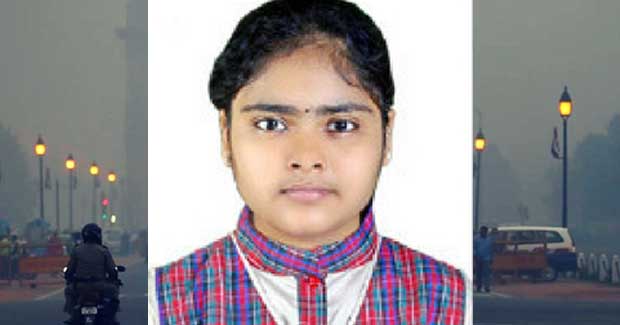