This 13-year-old Odisha girl is battling with a rare disease forcing her eyes to remain shut.

Bibhabari Samal, a native of Padmapur in Keonjhar district, has been suffering from the condition called Cherubism, an autoinflammatory bone disease, for over five years.

Such is the girl’s condition that the bone of her upper jaw has entered into the optics making her unable to open her eyes. On one occasion, when she was cleaning the face, one of her eyes had popped out.

Symptoms of the disease developed when the girl was only seven. “We witnessed unusual growth of her face. Her eyes appeared big and swollen. As per advice of a relative, we took her to a private hospital in Bhubaneswar where the doctors advised not to worry and wait for a certain age when it will automatically be cured,” said Dilip Kumar Samal, the father.

With the disease having no definite treatment, the teenager and her poor parents are staring at an uncertain future. Now experts at AIIMS, Bhubaneswar are giving her a chance by planning a complex surgery. For that, AIIMS had to get a 3D structure of Bibhabari’s face specially designed at Bangalore. 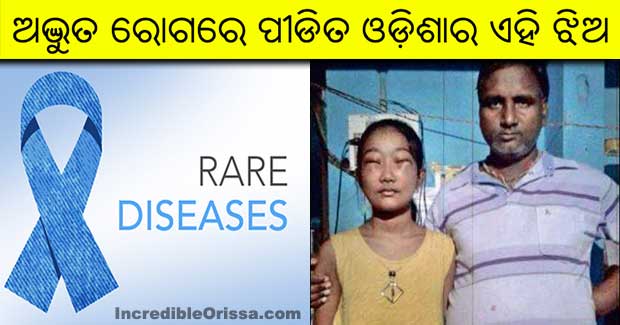