She was awarded the Women’s FIDE Master (WFM) title by the world chess governing body FIDE on Tuesday. In a mail to the All India Chess Federation (AICF), FIDE informed about conferring the title to Saina.

Currently with an ELO Rating of 2093 points, Saina Salonika is the No 3 woman player of the State after IM Padmini Raut and WGM Kiran Manisha Mohanty.

A visibly elated Saina said that she is very happy. “I am delighted,” stated that 12-year-old. “Now I am targetting the Women’s International Master (WIM) title. I know that I will have to work very hard for it, but I am prepared to grind it out,” she added.

In the year 2012, she was the youngest Odia player to get the International title of Woman Candidate Master WCM.

Daughter of Ganeswar Jena and Babita Jena Saina hails from Sulana village of Hatadihi block in Keonjhar District and now continuing her study in the Grade VIII class of KIIT International School, Bhubaneswar.

Saina Salonika will represent India in the World Youth Chess Championship in Russia this month. 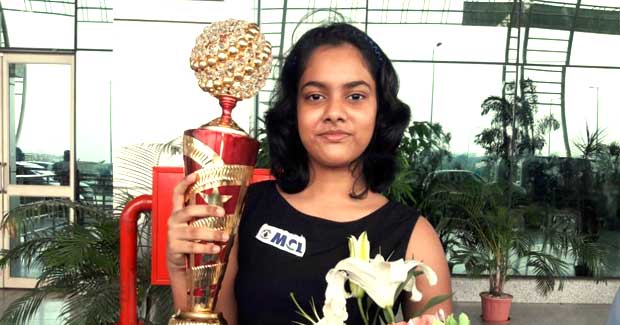