She was among 13 students of the St Vincent’s Convent School who got the opportunity to visit NASA’s Kennedy Space Research Centre and participate in ISSC.

They were given a three-day educative training session at the Kennedy Space Centre before participating in a competition which was held among all selected candidates participating from various schools in the ISSC. Anuska was adjudged first.

The award was presented by NASA astronaut Winston Scott in the presence of Executive Director of Florida Institute of Technology (FIT) Nathaniel Miller. Her entire higher education will be sponsored by FIT.

Daughter of a DRDO scientist Arun Kumar Ray and assistant general manager of Nesco utility Malancha Ghose, Anuska said it was a dream that came true. “I would love to do more research in space and aerospace science,” she said. Principal of the school, Kripa Maria has congratulated the winner. 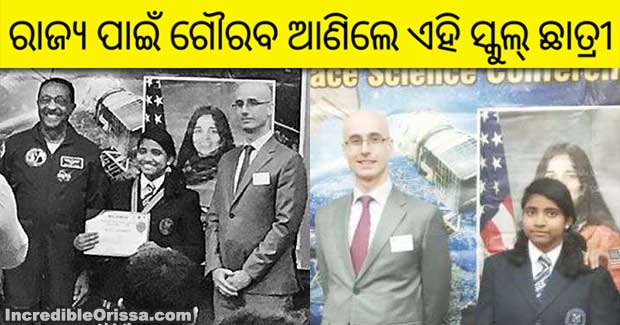