Sukanya Behera, a Class 8 girl from Odisha secured second position at a national-level stamp design competition which was held at New Delhi and organised by India Post on the occasion of Children’s Day.

The postal department has released a postage stamp on her sketch drawn with a theme ‘picnic’. The stamps are now available in philately bureaus of Bhubaneswar and Cuttack and other post offices.

The stamp was selected to be placed on the miniature first day cover of the department.

Sukanya Behera, a student of Deepika English Medium School of Rourkela, is honing her skills at a cultural academy. She is daughter of Pinki and Manoranjan Behera of Sector-8 in the city. Manoranjan works in Udit Nagar branch of Rourkela Urban Cooperative Bank.

“I am proud of coming second at a national level competition and owe the success to my mother,” the girl said, adding the success would inspire her to do better in future. 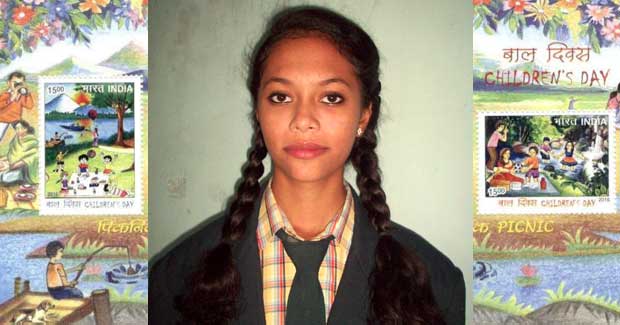