Dancing to the beats of popular Bollywood song ‘Tattad Tattad’ from the movie Ram Leela, young girls from Odisha impressed the judges and the guest, actress Rani Mukerji in DID Li’l Masters Season 4.

They have now reached Top 16. Clad in brightly-coloured attire with masks and makeup on, girls of Gautam Dance Studio from Bhubaneswar, set the stage of DID Li’l Masters, on fire with their ‘Yakshagana’ performance yesterday.

DID Li’L Masters Season 4 is a Hindi dance reality show with Siddharth Anand, Marzi Pestonji and Chitrangada Singh as the judges. It is hosted by Jay Bhanushali and Tammana. The show serves as a platform for young dancers across India who under the guidance of their team skippers compete to win the title.

“It feels great to see Indian dance forms on stages like these. Our dance forms are unique and equally difficult, but you girls were brilliant,” Rani Mukerji said.

Master Marzi replied to her comment saying Rani herself is a wonderful Odissi dancer. “This compliment coming from Rani, for you, is in itself the best appreciation ever,” he added.

Chitrangada Singh, mesmerized by the aggression, said it’s easier for boys to express the vigour. “You girls were terrific and it’s surprising to see all that strength come so easily to you,” she added.

Master Siddharth Anand made a subtle comment. “Keep surprising us,” he said. He also mentioned how effortlessly and amazingly they danced in water. 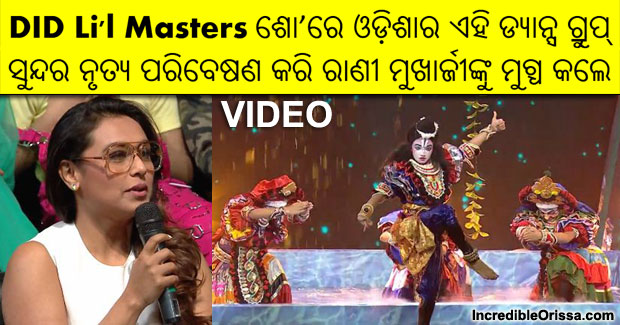