The Odisha government increased the salary and allowances of the chief minister, speaker, deputy speaker, ministers, legislators and as well as the pension for former lawmakers.

According to the proposed revision of salary and allowances, the Members of Legislative Assembly (MLAs) will be entitled with Rs 1 Lakh which was earlier Rs 60,000.

The announcement came after the state cabinet nodded the long pending demand of lawmakers to increase their salary and allowances. The committee recommended for the proposed revision to take effect from January 1, 2017.

While, earlier the car advance for the legislators was Rs 3 lakh, it has been now hiked to Rs 5 lakh @ 8% interest.

On the other hand, Rs 5 lakh has been sanctioned for annual health insurance in case of hospitalization inside and outside the state and they will get an accommodation charge of Rs 1000 per day before allotment of government residence. 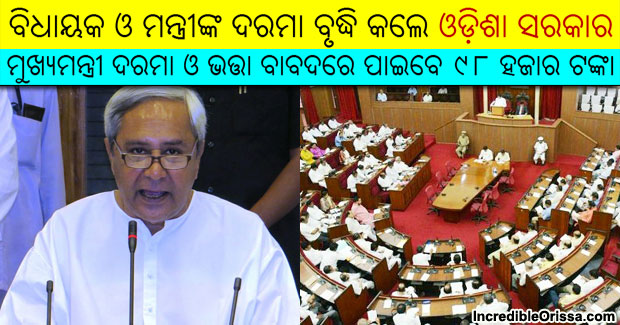