Odisha is likely to have two more Government medical colleges under phase-III of the ongoing Centrally sponsored scheme for upgrading district or referral hospitals.

Odisha has 10 aspirational districts, of which two medical colleges at Koraput and Balangir are already functional and the State Government has submitted proposals to set up two more medical colleges at Phulbani in Kandhamal and Bhawanipatna in Kalahandi.

Union Health Minister Dr. Harsh Vardhan on Wednesday said the medical colleges will come up in the aspirational districts as the Centre is focusing on the development of health facilities in remote regions of the country that are deprived of even minimum standard of care.

“We have decided to open 75 medical colleges in the third phase and most of these will be located in the aspirational districts of the country. Odisha Government has sent proposals for two medical colleges which are under consideration. Six medical colleges have already been sanctioned in earlier two phases,” he said.

“Of the 75 new medical colleges, 49 already have been sanctioned in the last four to five months. Preference is being given to aspirational districts and District Headquarters Hospitals having 300 beds to improve tertiary health infrastructure,” Dr. Vardhan said. 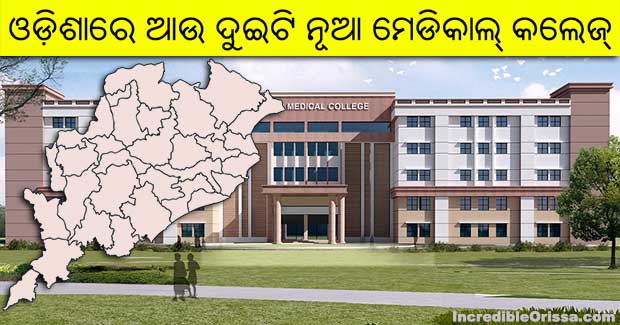