If Jamir is elected to the post, he will be the first vice-president from the Northeast. The RSS and BJP will hope that Jamir’s election as vice-president will help showcase the Modi government as being secular. The RSS has been working to spread the influence of the Bharatiya Janata Party in the region.

Though the BJP has not officially named its candidate for the post of vice president yet, Ram Madhav, party national secretary in charge of the Northeast, hinted at such a possibility in a tweet after a meeting with Jamir in Bhubaneswar on April 16.

According to news reports, besides Jamir, Jharkhand governor Draupadi Murmu and Maharashtra governor Ch. Vidyasagar Rao are also contenders to the vice-president post. Sources said, RSS workers feel Jamir’s candidature would have the support of the Congress as well.

SC Jamir, who served as a Governor of Goa, Maharashtra and Gujarat, was appointed the Governor of Odisha by the Manmohan Singh Government in March 2013. Besides former Lt. General Nirbhay Sharma (Mizoram), Jamir is the sole UPA era Governor in the Modi Government.

Notably, Jamir was one of the top contenders besides Ansari and former union minister V. Kishore Chandra Deo in the run-up to the vice presidential elections in 2012. Vice President Hamid Ansari’s term ends in August. 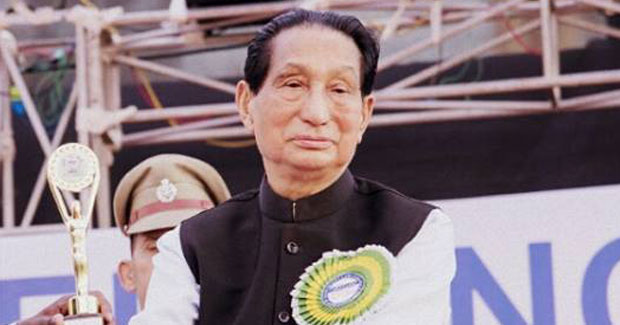