The cities are Bhubaneswar, Cuttack, Berhampur, Balasore, Sambalpur and Rourkela.

Each consumer would be entitled to one kg of dal.

Odisha Government also issued orders to the District Magistrates and Collectors of all the 30 districts in the state to monitor smooth retailing of pulses, especially the much-sought after Arhar (Toor) and Mung (Moong) dal, in the market.

Informing the media, Food Supply and Consumer Welfare minister Sanjay Dasburma said efforts are on by his department and the traders’ association for early distribution of dal in Cuttack city. 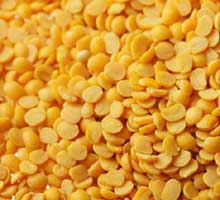 Secretary of Odisha Traders’ Association Sudhakar Panda said the Association has decided to open counter in the cities for sale of dal.