There is a bad news for grabbers of government land in Odisha. The state government has promulgated an ordinance with provisions for imprisonment up to 7 years and establishment of a special court with powers to take cognizance and try cases of land grabbing suo motu.

Sources said a Bill in this regard will be introduced in the next Assembly session.

“To implement the ordinance, we are in the process of formulating rules in consultation with the law department. It would be tabled in the monsoon session of the assembly,” said revenue secretary Mona Sharma.

The ordinance aims at dealing with organized attempts by certain people, operating individually or in groups to grab land, either by force or by deceit, belonging to government, local authority, religious or charitable institutions and those under endowment department. 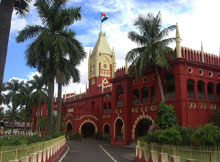 By June last year, over 45,000 acre was encroached either by groups or individuals, sources in the revenue department said.

The Ordinance will be applicable in areas under all municipal corporations, municipalities, NAC, development authorities and land alongside national and state highways.

Home > Odia News > Odisha: Grabbers of govt land will get up to 7-year jail term