For the people of Odisha, luxury items like TV, fridge, air-conditioner, washing machine, car etc will be costlier as a decision to this effect was taken by the State Cabinet in a meeting presided over by chief minister Naveen Patnaik at the State Secretariat on Thursday.

As the Goods and Service Tax (GST) rate would be about 15-16 per cent, the Centre has already enhanced Service Tax rate from 12.36 per cent to 14.5 per cent in the Finance Act, 2015-16, Padhi pointed out, adding that the 14.5 per cent VAT on luxury items in Odisha was still lower than many states.

While Andhra Pradesh, Telangana and West Bengal have increased tax rate from 13.5 per cent to 14.5 per cent, Madhya Pradesh, Chattishgarh and Jharkhand have also made the tax provision at 14 per cent, he said.

Stating that there is no decision on additional VAT on petrol and diesel, Padhi said the state government has sustained a loss of Rs 417 crore on VAT and Entry Tax in a year due to frequent rise and fall in the price of these two products. 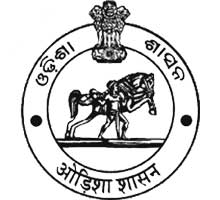 “Keeping this in view, the state government has decided to empower the Finance department to find ways for more revenue collection from these petroleum products,” he added.

It may be mentioned that the state government had increased VAT on petrol and diesel twice from 18 to 20 percent in June and from 20 to 23 percent in December last year.