This represents an increase of almost 150% compared to the last edition of the men’s flagship event in 2014. Furthermore, the games will be shown by over 30 broadcasters, which is twice more than four years ago.

In territories where no media rights agreement is in place, the matches will be streamed on the FIH YouTube channel. The host broadcasting operations will be delivered by Indian TV company Star Sports.

FIH CEO Thierry Weil said: “It is our will and mission to bring hockey to the attention of always more people. The great increase of countries where it will be possible to watch the Odisha Hockey Men’s World Cup Bhubaneswar 2018 on TV will enable many more fans to follow the action! This will give hockey more exposure than ever before.”

The Odisha Hockey Men’s World Cup Bhubaneswar 2018 will kick off on 28 November and end on 16 December. This will be the fourteenth edition of the Men’s World Cup, which is played every four years. 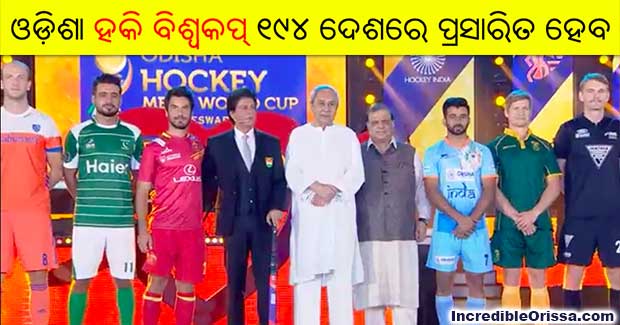