The Odisha government has decided to bring all the action from the Men’s Hockey World Cup to fans across Odisha with live telecast of all the matches through large LED screens.

An official of the sports and youth services department said the LED screens would be installed at Puri beach, Janata Maidan, Ekamra Hata, KIIT, and Unit-I Market in Bhubaneswar, Rourkela and other districts of the state.

The Men’s Hockey World Cup will take place at the Kalinga Stadium between November 28 and December 16.

A sports department official said a canter with the replica of the world cup trophy would tour different parts of Odisha with a hockey stick to “measure the heartbeat” from October 14 to November 14.

The government had already launched the ‘My Heart Beats for Hockey’ campaign to garner support for the game across the country. Each time anyone holds the custom-made hockey stick named Heart Beat, it will record his or her heartbeat as a pledge to support hockey. 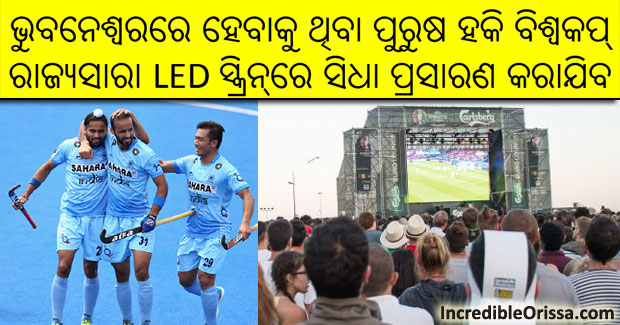