With 100 days left for the Men’s Hockey World Cup 2018 in Odisha, preparations and promotions are in full swing for the coveted event at the Kalinga Stadium in Bhubaneswar.

The state’s Sports and Youth department, on Monday took to twitter with the message, “Odisha Hockey Men’s World Cup Bhubaneshwar 2018 is just 100 days away as India gears up to host the incredible event for the third time in the competition’s history. Join us as we celebrate the countdown to hockey’s biggest event.”

Players of the men hockey team along with their women counterparts at the ongoing 18th Asian Games Jakarta-Palembang 2018 campaigned for the mega quadrennial event with placards. Odisha’s Deepgrace Ekka, Birendra Lakra and Sunita Lakra – participants at the Asian Games promoted the world cup with ‘Bhubaneswar Chalo’ slogans on their placards.

In this regard, the Sports and Youth department Monday shared a video in the social media wherein several artistes and sportsperson from the state are seen speaking about Hockey and the state.

The video opened with an extensive invitation by Odissi danseuse Ileana Citarasti to all. She said “I want everybody to come, you’ll have an amazing time here in Odisha. It is a wonderful state.”

The icing on the cake was the byte from former English Hockey player Philip Wilkinson, who wished all the best to the organisers and welcomed everybody for the mega event. He said, “I had started playing hockey from a very young age and also visited India in 1977. It’s a wonderful place and I wish everyone all the best.”

Likewise, Argentine Odissi dancer Anandini Dasi also praised the state and urged her supporters in different parts of the country and the world to witness the extravaganza in November. A total of 36 matches will be played at Kalinga Stadium during the 19-day tournament between November 28 and December 16. 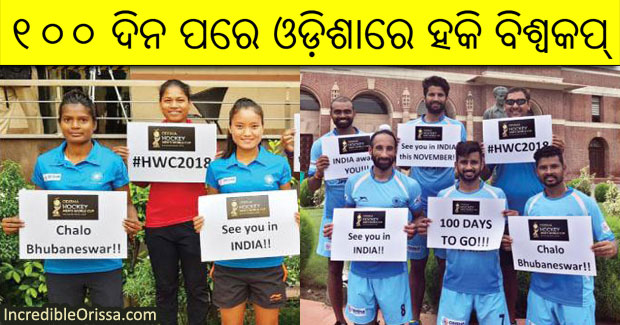