The Odisha government has sanctioned 54,275 houses for economically weaker sections of the society living in 113 urban local bodies.

It was decided to connect each beneficiary almost in a week to facilitate completion of the houses. The houses are built by the beneficiaries themselves and money is released to their bank account.

Housing and urban development secretary G. Mathivathanan informed that fund support to the beneficiaries was being provided at the earliest within two days of uploading the photos of the houses under construction. Each house is being geo-tagged. So far, Rs 103.5 crore has been released to the beneficiaries with zero pendency for payment.

Mission director Suresh Chandra Dalai informed that from July 2016 till May 2017 around 29,797 houses were sanctioned in three phases. Till now, work order had been issued against 24,117 houses (around 84 per cent). The sanction order of additional 20,345 houses was communicated to ULBs during November. 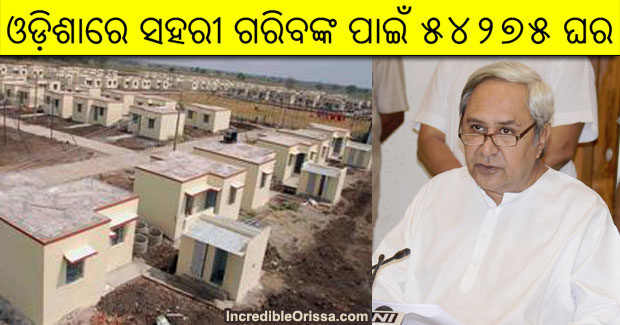