A well-known human rights activist of Odisha, Akhand has been selected to the three-week International Visitor Leadership Program (IVLP) of United States of America.

It is the most prestigious professional exchange programs for foreign opinion leaders, sponsored by the U.S. Department of State. The mission of IVLP is to offer current and emerging international leaders the opportunity to experience the richness and diversity of American political, economic, social and cultural life through carefully designed exchanges that reflect participants’ professional interests and the public diplomacy objectives of the United States government.

The exchange brings up to 5,000 professional emerging leaders from around the world to the United States each year for programs of up to three weeks. The program is nomination only by staff at U.S. Embassies.

According to letter received from the USA consulate at Hyderabad, Akhand along with a group of youth activists will be visiting the U.S. on a 3-week group project entitled “Ending Gender-Based Violence “. This program will explore the U.S. efforts to prevent and respond to gender-based violence.

Akhand is fighting for the protection of Human Rights in Odisha. The 38-year-old Akhand raises his voices for the depressed, marginalised and vulnerable section of the people. He became deeply involved in campaigning where human rights are grossly violated by the state actors.

Akhand has been providing direct free legal assistance to the victim or his/her family members in case of Human Rights Violation through direct intervention. He approaches National Human Rights Commission and State Human Rights commission on behalf of the victim or his/her family. He also fights for Human rights violation in various other forms where public is directly or indirectly affected. He has filled more than 500 cases before NHRC or SHRC for individual victims or for public. More than 7000 persons have benefitted directly by the intervention of Akhand. 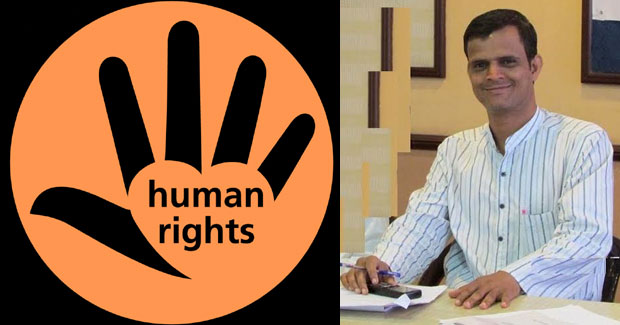