The last time Odisha raised the amount was Rs 50,000 from Rs 10,000 in 2007. The amount has been increased to keep pace with the times, said SC/ST Development Minister Ramesh Chandra Majhi. The hiked amount would be effective from September 14, 2017, he added.

Officials said the amount would be given irrespective of the economic status of the marrying couple and has to be used to purchase land or household articles.

To get the incentive, both the couple will have to apply for a sanction of the grant and execute a bond in the form after receiving the grant. If the marriage ends in divorce within five years, the recipients will have to refund the entire amount within a year failing which principal an annual interest of 6.5% would be levied.

Other states such as Bihar, Haryana, Himachal Pradesh, Punjab, and Rajasthan also have similar schemes. The Union ministry for social justice and empowerment provides Rs 250,000 lakh per marriage under the Dr Ambedkar Scheme for Social Integration through Inter-Caste Marriage.

Rajasthan is the only state which gives Rs 5 lakh for couples opting for an inter-caste marriage. 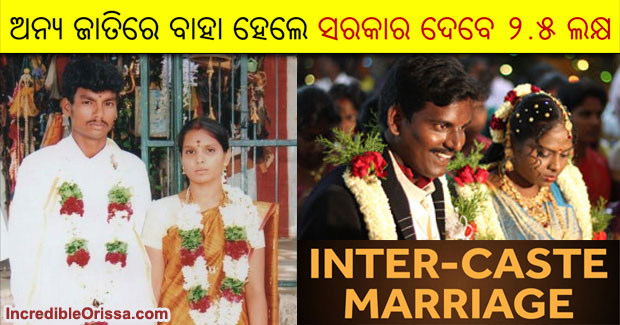