According to reports, the cast, which includes Abhay Deol, Diana Penty, Ali Fazal and Momal Sheikh, enjoyed Keshab’s stunts and congratulated the fastest coconut breaker of the world for more success in future.

CHECK: 13 Odia soldiers who sacrificed their lives in Kargil war

In 2015, Keshab Swain who is a Guinness World Record holder has broken his own record by breaking 92 green coconuts with his elbow in just one minute at the Janata Maidan in Bhubaneswar.

The Kapil Sharma Show is a Hindi stand-up comedy and talk show television series, which premiered on 23 April 2016 and is broadcast on Sony TV and Sony TV Asia. The series is produced by K9 productions of Kapil Sharma and Frames. The series is aired on every Saturday and Sunday nights. 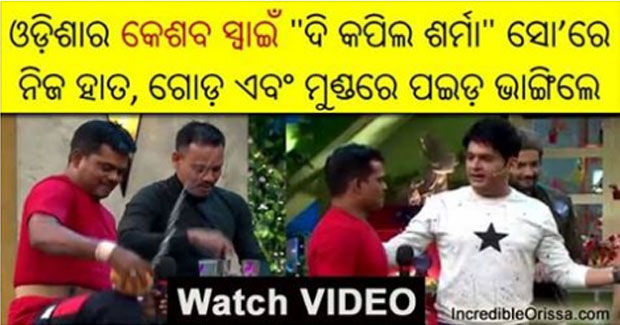