Odisha is losing Geographical Indication (GI) tag for various produces despite having its origin in the state. This time, Odisha has lost GI tag of Khaja (a sweet delicacy) to neighbouring state Bihar.

Geographical Indications Registry at Chennai has granted GI tag to Silao Khaja, claiming to have originated from Silao in Bihar, on December 11 last year.

However, Odisha-based researchers and historians argue that Khaja is as old as the Jagannath temple in Puri. As per Swatwalipi (record of rights) of the temple, the multi-layered sweetmeat is offered to the Lords during the Sandhya Dhoopa (the evening offering to the deities) at the 12th century shrine. This apart, the chappan bhog (56 types of delicacies offered to the Lords) also has Khaja among other offerings.

The above validates the origin of Khaja to be Puri (Odisha) and not Silao (Bihar).

The Culture department is unfazed by the development. Though it responded late to file its claim on Rasagola after West Bengal was granted GI tag for Banglar Rasogola, the department is yet to challenge the decision of Chennai-based Intellectual Property Appellate Board. 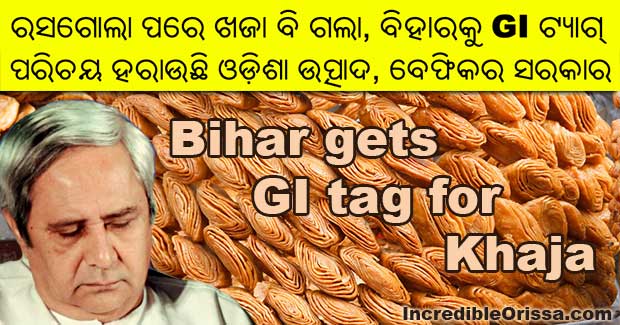 Home > Odia News > Bihar gets GI tag for Khaja, Odisha Govt did not apply for it