The Orissa High Court today celebrated the 70th Independence Day in a special way by unfurling the largest tricolour in Odisha.

The tricolour measuring 72 ft in length and 48 ft in breadth was hoisted atop a flagpole having a height of 215 ft by the High Court Chief Justice Vineet Saran at 8.45 AM.

A special high mast flag post has been constructed and special lighting arrangements made by Public Works department (PWD) for the giant national flag, which will fly at a height of around 215 feet.

According to sources, the flag has been made in Pune. Among others Justices of the High Court, Advocate General and senior lawyers were present during the flag hoisting ceremony.

Notably, the national flag is the tallest and will fly at the highest level in the state. Two other places in the city – National Law University and Odisha Judicial Academy – have two high mast flag posts, but are comparatively smaller in size than the flag post installed at the high court premises today. 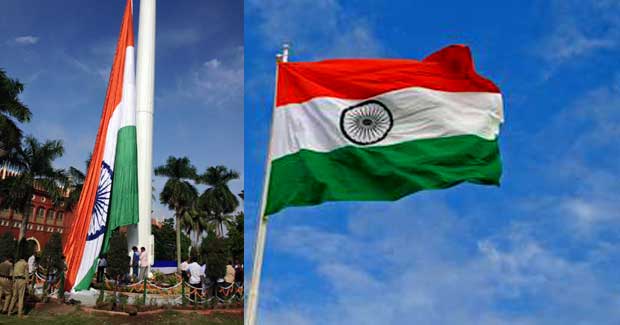