The Assembly elections in the state will also be held on these four dates mentioned above. Odisha has a total of 147 Assembly seats.

Here’s the constituency-wise schedule for Assembly Elections in Odisha:

With this, the model code of conduct has come into force.

While the polling will start across the country on April 11, it will end on May 19. Counting and declaration of results will be done on May 23.

To check names in the electoral list, one can send SMS to 1950 for necessary information, Arora informed.

On the other hand, electronic voting machines (EVMs) and voter verifiable paper trail machines (VVPAT) have been kept ready to be installed at nearly 10 lakh polling stations across 543 Lok Sabha constituencies.

The Election Commission of India has revised poll expenses ceiling for candidates. The maximum limit of election expenses for a Lok Sabha constituency is Rs 70 lakh per candidate for all states, including Odisha, except Arunachal Pradesh, Goa and Sikkim.

In Odisha, the limit of expenses for an Assembly constituency is Rs 28 lakh per candidate, the commision said in a press release. 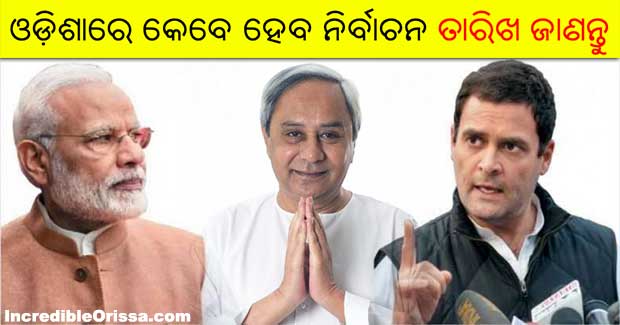