A man in southern Odisha’s Nabarangpur district who wanted to click a selfie with a wounded bear, paid with his life for his recklessness when the animal mauled him to death on Wednesday evening, forest department officers said on Thursday.

The man, identified as Prabhu Bhatara, wanted to click a selfie with a wounded bear but was mauled to death, according to a Hindustan Times report. The news was confirmed by the forest department officers who stated that the man’s recklessness cost him his life.

The incident took place when Bhatara who was a driver by profession was returning to Papadahandi from Kotapad after attending a wedding with a few other people in an SUV. He then stopped the car near a forest to attend nature’s call. It is here that Bhatara spotted a wounded bear and decided to click a selfie with him.

Dhanurjaya Mohapatra, a forest ranger said that Prabhu Bhatara was cautioned by the other people who were in the vehicle against doing it. But despite being aware of the risk that was involved, Bhatara went ahead with attempting the picture. It is when that he was chased and fatally mauled to death by the bear. Mohapatra further said that Bhatara died on the spot.

An amount of Rs 30,000 was paid to Bhatara’s family for performing his last rites. Angry locals staged a road blockade demanding ex-gratia payment for the kin of the deceased. Forest officials assured them that they would pay the compensation within 15 days. 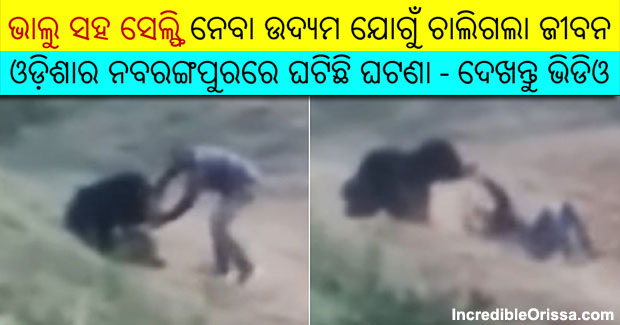