The Board of Secondary Education (BSE) has decided to issue admit cards for matriculation examination online from 2016.

It will no longer send hard copies to the schools.

“The decision was taken for the benefit of the students. In the past, several of them lost a year after the Matric exam admit cards failed to reach them in time due to various reasons. Students and school authorities will now be able to download the cards on their own,” said BSE president D P Nanda. It will also reduce paper work, check impersonation and bring transparency into the system, he added.

Since forms will be filled up online in 2016, the students will have no problem downloading their admit cards, said a board official. 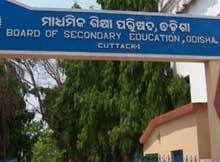 Besides, the Matric board is planning to go for online tabulation of marks from next year.