Odisha-born filmmaker Nila Madhab Panda has produced “Odisha On The Rise”, a series of three short films, which was recently screened in Delhi.

Ravi Varman, who has shot films like ‘Sanju’, ‘Goliyon Ki Rasleela Ram-Leela’ and ‘Barfi’, spent 20 days in Odisha for the shoot. He is the cinematographer and director of ‘Odisha On The Rise’ short film.

ALSO READ: Idols made by this Odisha wood handicraft artist gifted to Obama

Ravi Varman said, “Last year, I went to Odisha to shoot for the hockey anthem. Odisha is cinematically beautiful and I really liked how clean the state is. It was then that I thought that let me shoot whatever I can during my stay. I travelled across the state – from Bhitarkanika to Satkosia – for shooting. But we couldn’t use all those clips in these videos due to time constraint.”

Odisha On The Rise short film also shows several dance forms, and Ravi says, “I have also used tracks of the Odia musicians in these videos because I wanted to keep the flavour of the state. I showed my videos to Odisha CM Naveen Patnaik, and he liked them. They can use these videos for tourism purposes if they wish to.” 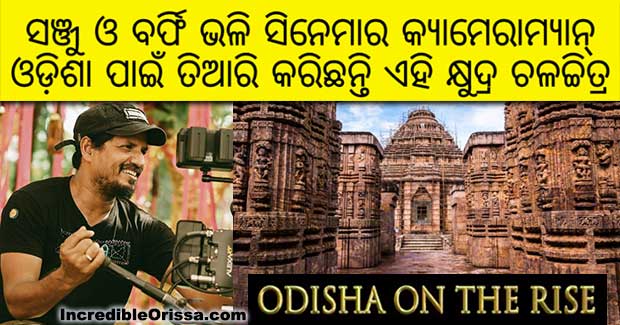