Odisha has been ranked second among all states of the country in achieving maximum improvement in OPD services in public health facilities.

The Ministry of Health & Family Welfare Department of Government of India has issued the certificate of merits during the 5th National Summit on Goods, Replicable Practices and Innovations in Public Healthcare Systems in India. The programme is being held in Kaziringa of Assam from October 30 and is slated to conclude on November 1.

Odisha was conferred an award for securing second position for maximum improvement in Out-Patient Department (OPD) services in public healthcare facilities from 2016-17 to 2017-18. Gujarat and Karnataka have also clinched the second rank in the tally.

Officials claimed that OPDs in public health facilities of the State registered a significant growth in number of patients after infrastructural development and implementation of a number of schemes including Niramaya and Nidan under which drugs and diagnosis are being provided free of cost.

The Economic Survey Reports indicated that 60.62 per cent people were treated at OPDs and 8.7 per cent at IPDs in public health centres across the State in 2009-10. The figures increased to 71.21 per cent and 10.41 per cent for OPDs and IPDs respectively in 2014-15 and further eight per cent in the last three years. 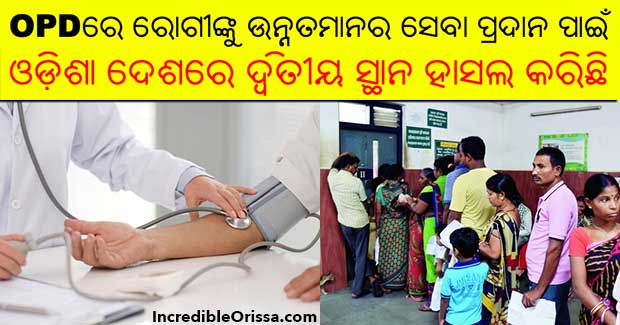