The Odisha government and Oracle will jointly develop an academy at Bhubaneswar to upgrade computer skill of students in the state, Odisha IT Minister Chandrasarathi Behera said.

Officials said that the state government is in an advanced stage of signing a memorandum of understanding (MoU) with the tech giant. About 200-300 institutions will be covered under the programme.

“The state government in partnership with Oracle is setting up Oracle Academy at Bhubaneswar. The academy will offer a complete portfolio of computer science education resources to secondary schools, technical, vocational courses, two year colleges, four year colleges and universities with the goal of helping students become industry ready”, said Chandra Sarathi Behera, minister for Electronics and Information Technology, Odisha at the Make in Odisha conclave.

The requirement of such an academy was felt as performance of students in some engineering and management institutions in the state remained below satisfactory level. The proposed academy is expect to raise the performance level of the Odisha students.

In the conclave, total investments received in the IT sector were worth Rs 3918.95 crore from six companies, officials said. Odisha CM gives standing ovation to Jayanti Ekka, a tribal woman 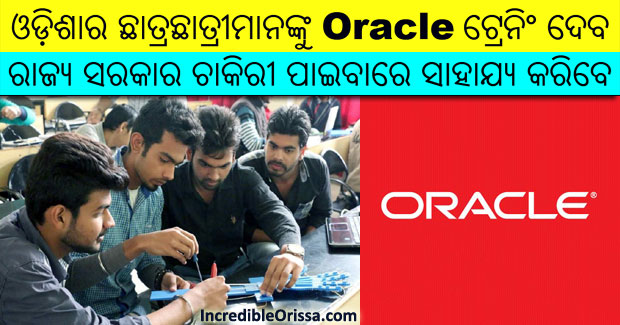