The Odisha government may set up a permanent helipad in each district headquarters town to facilitate landing of choppers at all times, including that of natural calamities.

The Assembly’s standing committee on home, general administration, law and public grievances and pension administration departments has expressed concern over the lack of permanent helipads in most of the districts and also called for steps to expedite acquisition of land for runway expansion and upgrade of airstrips at Rangeilunda in Ganjam and Utkela in Kalahandi district.

Apart from an international airport in Bhubaneswar, the state has 20 airstrips spread over various districts. Of these, 12 are owned by the state government.

“Efforts are being made for development of these airstrips, including construction of boundary walls to protect them from encroachment and intrusion,” said the committee’s report, adding that Rs 5 crore had been allocated under the state plan during 2016-17 for development of airstrips and expansion of runways.

The government, according to the report, has also decided to construct a new airstrip at Malkangiri in the backward Kalahandi-Balangir-Koraput area. 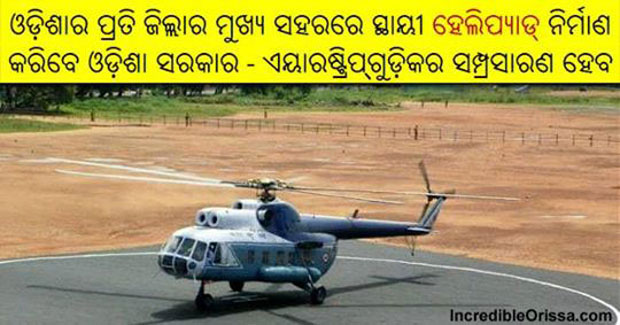