The innovative logo-reveal video pays tribute to the indigenous artisans in the country and portrays the incredible and diversified handiwork of as many as 15 kinds of needlework from various corners of the country. Watch the video here.

The voice over of the local craftswoman can be heard in the video where she explains that the Chandua stitching always tells a story, like those of Radha-Krishna and Khirachora Gopinatha. Therefore, the logo they stitch for the movie, would also have a story embedded in it.

In an effort to celebrate the rich and diverse handicrafts of India, the team of Sui Dhaaga at Yash Raj Films (YRF) reached out to local artisans and craftsmen from across the country to create the logo of the film in their unique stitching styles. It took the team six months to plan, research and execute the film’s logo in 15 different styles. The makers hope Sui Dhaaga creates awareness of India’s culture among today’s youth. 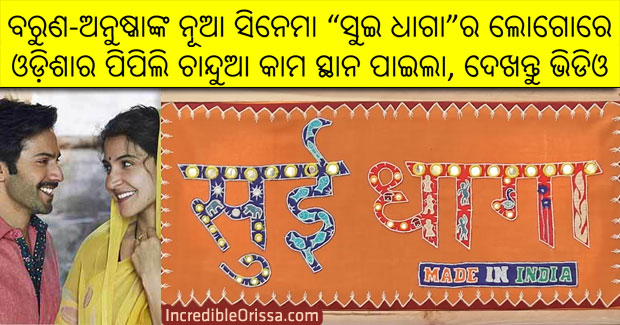