The Indian Women’s rugby team won a silver at the Asian Rugby Sevens Trophy held at Vientiane, Laos. As per Asia Rugby’s tournament statistics, Hupi Majhi from Odisha, India was one among the top three Try Scorers of the tournament and Meerarani Hembram was the third highest in the conversions.

A total of seven countries from across Asia including South Korea, Philippines, Malaysia, Nepal, Pakistan, India and hosts Lao vied for top honours in the Asian Rugby Sevens Trophy.

This team participated under the aegis of the Indian Rugby Football Union (IRFU), the governing body for the sport of Rugby in India and supported by Societe Generale, the financial partner of Rugby India.

The seven teams that participated in this tournament played on a Round Robin basis. On Day one, India defeated Lao by 22-7, Philippines by 12-5, Nepal by 43-0 and Malaysia by 26-12. On Day two India defeated Pakistan by 5-0 and in the last match India was beaten by South Korea by 29-0. 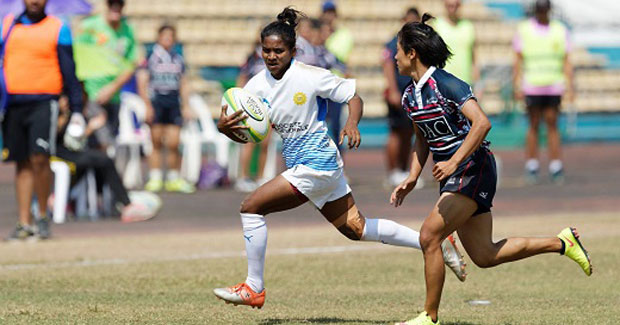