Six girls from Odisha selected in Indian Women’s Rugby Team to represent India in Asia Rugby Sevens Tournament to be held at Colombo, Sri Lanka from 15th to 16th October 2016.

Hupi Majhi, Sanjukta Munda, Meerarani Hembram, Manjulata Pradhan, Bhagylaxmi Barik and Subhalaxmi Barik are the 6 Odisha player were got selected in the Indian team. Neha Pardeshi will lead the team as captain and Annapuma Bothada as her deputy.

A 12-member India rugby women’s team left from Bhubaneswar on Wednesday to participate in the Asian Rugby 7s Tournament 2016 schedule to be held at Sri Lanka.

China, Japan, Hong Kong, Singapore, Thailand, South Korea, India and hosts Sri Lanka are the top eight Asian teams will fight for the top honour. A total of 20 girls from across the country were took part in the two weeks camp held at Kalinga Stadium here and the final 12-member team announced today. 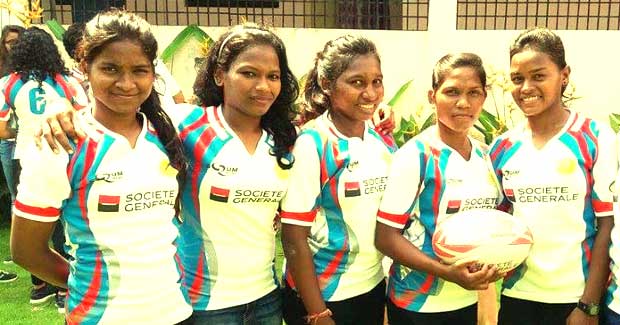