Finance minister Arun Jaitley announced that Odisha and Rajasthan will get strategic crude oil reserves. Paika Rebellion led by Buxi Jagabandhu in Khurda will be commemorated.

A Rail safety fund with a corpus of Rs 100,000 crore will be created over a period of 5 years. The service charge on rail tickets booked through IRCTC will be withdrawn.

As many as 500 rail stations will be made differently abled-friendly by providing lifts and escalators. Steps will be taken to launch dedicated trains for pilgrimage and tourism.

A new metro rail policy will be announced. This is expected to open up new jobs for the youth. At least 25 train stations are expected to be awarded during 2017-18.

By 2019, all coaches of the Indian Railways will be fitted with bio-toilets. Railways will integrate end to end transport solutions for selected commodities through partnerships.

Unmanned railway level crossings to be eliminated by 2020. A 22% rise in the Railways Budget was announced. 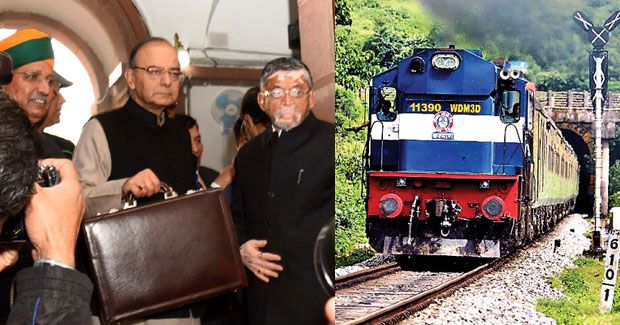