The East Coast Railway has built a foot over bridge (FOB) in mere two hours at Porjanpur railway station in Odisha. Porjanpur falls between Kendujhargarh and Nayagarh railway stations on the Jakhapura-Jaroli section.

The FOB was built by the civil engineering, mechanical engineering and electrical wings of ECoR. “Proper coordination, detailed planning and use of high-end machinery helped us complete the work in two hours,” ECoR sources said.

The FOB will help passengers move from one platform to another. Odisha to have underground crude oil reserve at Chandikhol 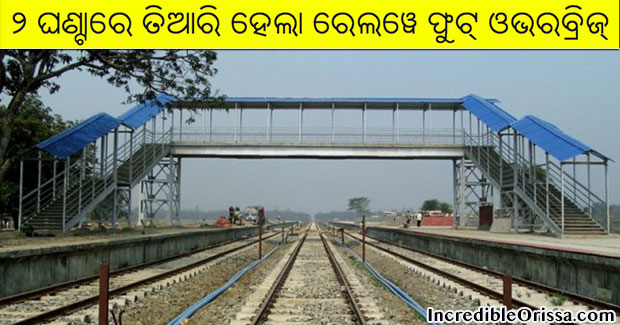